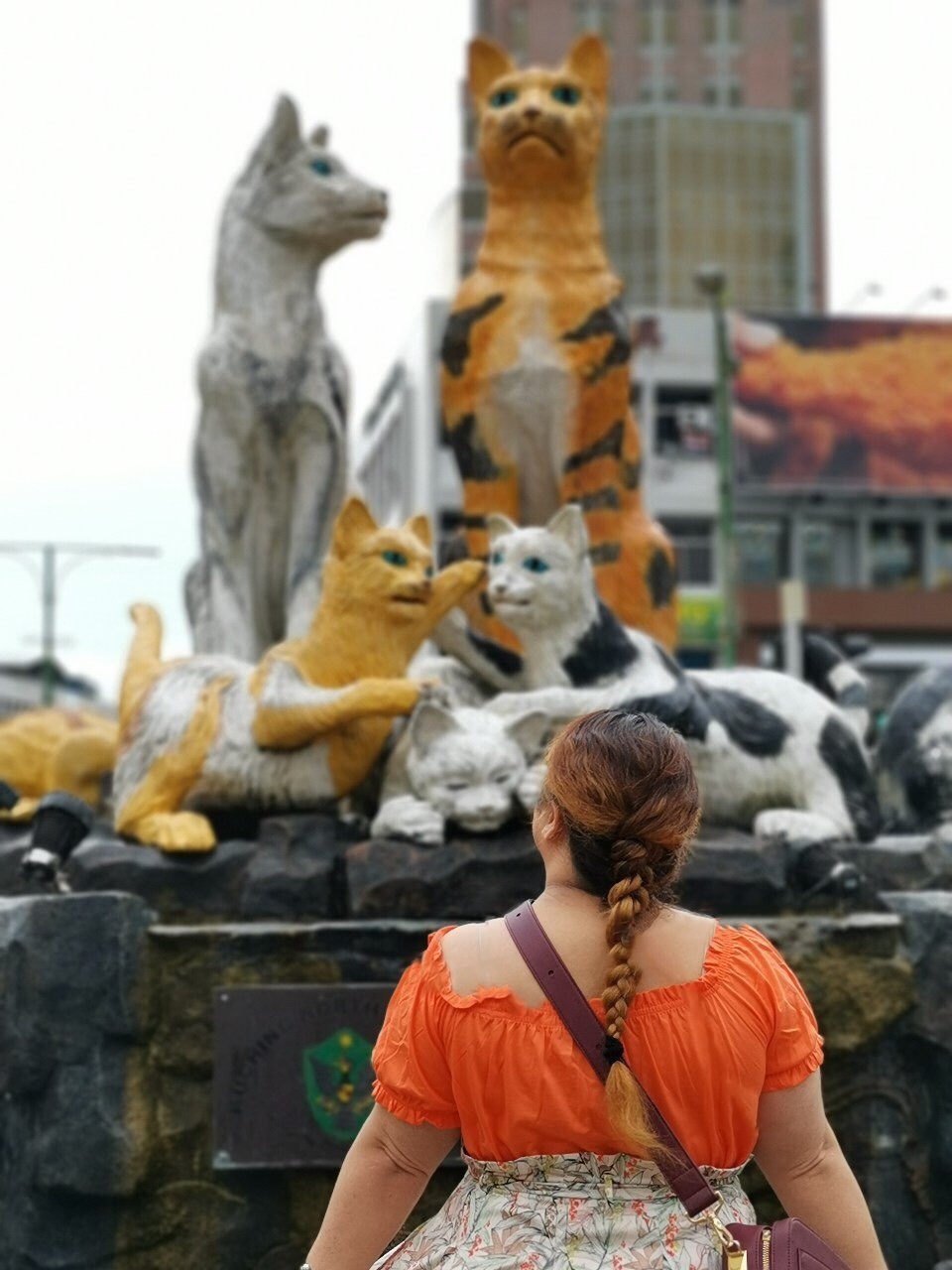 Earlier in December, I was offered by Royal Brunei Airlines and Sarawak Tourism Board for a weekend away in Kuching, Sarawak. Kuching is the capital city of Sarawak and as the last time I was there I was barely out of diapers, I accepted the sponsorship with some trepidation – siuk kan? Apa ada? Macam Miri kah? Happening kah sana atu?

In 1500s, Sarawak actually had one Sultan – the son of Sultan Muhammad Hassan (ninth sultan of Brunei). He was the one and only Sultan of Sarawak, and his mausoleum remains in Santubong (the main administrative centre of Sarawak then), till this day.

In 1842 however, Sarawak was “gifted” to the infamous James Brooke in exchange for suppressing a rebellion. The Brookes ruled for almost 100 years until the World War II in when the Japanese took hold and Kuching was ruled as part of the Japanese Empire for 3 years. When they left, Kuching was then surrendered to the British Crown as a colony and finally joined Malaysia in 1963.

Kuching was under Brunei’s rule the longest and this lovely city, it reminded me of home ever so slightly – perhaps even Brunei in another parallel universe.

Where to Stay in Kuching

I recommend staying in Kuching city, preferably on the Waterfront. There are few hotels in the area:

OR if you prefer further from Kuching City:

Get good deals for these hotels from Agoda!

How to Get Around in Kuching

Unfortunately, public transport is not a big thing here and it’s a mostly driving kind of city. So my recommendation is to:

What to Buy in Kuching

*Wajib! Kuching is littered with colonial themed buildings and greenery which makes the city highly Instagrammable!

*Entrance can be bought with Lunch (only RM76 per adult if you buy online). Must order is the Umai, Midin and Ayam Pansuh. Food is surprisingly good and homey here despite being touristy.

*** Van Shuttle to transport u to Sarawak Cultural Village is available from Grand Margherita Hotel. Check out their website for more info.

To Kuching with Love

On top of everything, a Kuching holiday is so murah! Resorts, high end hotels starting from BND55 per night, delicious fine dining and seafood, and plenty of free activities to do. So to answer my own questions:

First trip out in 2023! Road tripping with my bestest bestfriend ever @hazidiee and the best travel buddy ever Zayd.
How many of u don’t know @abokado.japan ada di Mall??? How come I didn’t know??? And it’s huge and baru restocked! I came in to get stuff to organize my fridge but OH MY GOD zayd mahu sejuta mainan jadi tarus laju laju keluar. Help i need to go the mall again!!!
Bah should this go on my vision board? #porschebrunei #porschecayman #718caymangt4rs #gt4rs
Skin feels dry nowadays so my routine focused on hydration! Products used:
A failed jump photo of manusia manusia in my dept yg menjadi penunggu di hujung tahun on the last day of work. Anyone else working today or tomorrow? Leave a comment below so i dont feel alone 😂
Yay the @bruneianmade store is finally here! A one stop store for items created and made by locals - perfect for gift shopping (especially for those last minute gifts!) 😍